This is derived from knowledge passed through the LIFSHITZ/LIPSHITZ line, through the LURIA and back to our ancestor The RASHI.

The genealogy is, in part, revealed in "Grandpa Was A Deity"
http://www.amazon.com/Grandpa-Was-Deity-Assertion-Created/dp/1462053033

Genesis of Genesis is now available

For those interested in an explanation of the Biblical Patriarch ages... along with their connection to Stonehenge,  my Newest book GENESIS OF GENESIS has gone on sale and is available at this web site:
Genesis of Genesis

Genesis of Genesis – on sale 13 June 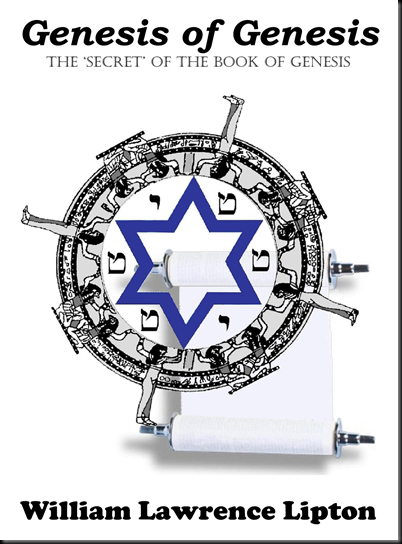 In 1994, A&E produced a show, "Mysteries of the Bible", in which they declared "The ages of Abraham and others in the bible have long puzzled scholars."  In that same show, Brandeis University Professor of Biblical Studies, Marc Zvi Brettler, stated: "The ages of the Bible really are a mystery and really are quite perplexing if people were to take everything that is said in these stories literally."

Knowledge, such as the ‘secret’ of the patriarch ages, is inexplicably connected to the evolution of both ancient and future belief systems.  The ‘secret’ is little more than “The Purloined Letter”, by Edgar Allan Poe – the contents of the letter was simply the ancient scholars means of hiding what they knew, but the average person was unable to grasp, in plain sight, and where it logically belonged.

It has been nearly sixty years since the author's grandfather, a descendant of The Rashi – a revered tenth century Talmudic scholar – knowing he was ill, and believing he had a short time to live,  shared the ‘secret’ to a hidden truth passed as part of the family ‘oral history’ since before there was a Book of Genesis.  He had told his grandson that the secret was in the skies, and how they joined the history of the family’s travels.  Soon after he fell ill and spent the last six years of his life in a Jewish Nursing home – where he and the Rabbis had Talmudic discussions.  He died, when the Rabbi who shared his room died; the family joke has held: "the two Talmudic scholars had reached an impasse on a matter of law and decided to take the debate to a higher authority."

For centuries, mystics, Masons and Kabbalists have spoken of, and sought to learn, that which has been passed down through the millennia within a family whose origins predate the design and construction of Solomon's Temple.  Theirs is a knowledge which defined the Pyramids, and was captured in ancient  megalithic structures.  Eventually to find perfection in pre-Bronze Age Britain, and gain religious power in Dynastic Egypt.  In an interesting pair of sidebars, the author points to  a BBC story of April 2012, in which DNA reveals “1% of all Scotsmen” have maternal lineages which are Saharan (North African) and then to a documented claim that the paternal lineage of King Tut – not fully revealed in a paper published by the Journal of the American Medical Association (February 17, 2010), but revealed on the Discovery Channel – is British.  The two findings infer a genetic connection between the megalithic architect of the British henges and Egyptian pyramids.

For centuries there have been legends of ‘Secret Knowledge' in the Tanakh (Hebrew Bible).  But, until now, it has never been revealed – in part because those who claimed insight have yet to discover it.  Their quest of discovery, and drive to privatize, this knowledge has taken on mystical significance.  It is time the ‘secret' was revealed to those desiring the ancient esoteric knowledge.

A famous Hebrew once wrote, "For we know in part"; modern translations of his writing state his words as, "Now our knowledge is partial and incomplete, and even the gift of prophecy reveals only part of the whole picture!" The goal of the worthy has always been, "Wisdom, Knowledge and Understanding", and making whole what that which is incomplete.  There are many who believe the time for completion is approaching, in keeping with that belief, "The Genesis of Genesis", demonstrates that one aspect of the ancient knowledge, and traditions underlying the mystical status of biblical Enoch, are now made public.  With this book – and its predecessor, “Grandpa Was a Deity” – the A&E assertions are addressed, and thereby rendered invalid.

In addition, you will have the opportunity to discover the links between all the astrological cultures -- Indian, Chinese, Egyptian, New World Mayan and, of course, Hebrew.

New York Times:  May 10, 2012  The Human Cost of Ideology For more than a year, House Republicans have energetically worked to demolish vital social
programs that have made this country both stronger and fairer over the last half-century. At the same time, they have insisted on preserving bloated military spending and unjustifiably low tax rates for the rich.

Basic MOST HARM TO MOST PEOPLE

Just how much taxpayer money should we  can we waste on planning to murder foreigners?  Especially when it deprives our people of the resources necessary for their survival.  This time it was preventing $55 billion in scheduled defense spending cuts – in favor of cutting education and programs which are going to be needed by the millions facing retirement over the next few years...